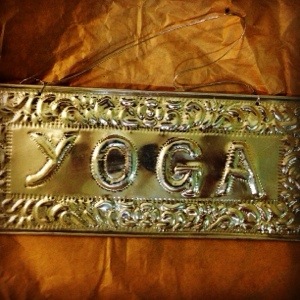 The Ashtanga Yoga method of practice was made popular by Shri K. Pattabhi Jois and is probably the root of all vinyasa and flow style of yoga classes you might have experienced. It is also well-known because many celebrities like Madonna and Adam Levine practice it.

Ashtanga yoga is a practice very dear to me and is what I usually do for self-practice. If one follows the tristhana, or the three points of concentration: asana (yoga postures), pranayama (breathing; for Ashtanga, it is ujjayi breath) and drishti (eye gaze).

What is Ashtanga Yoga?

Ashtanga Yoga is an ancient system of Yoga that was taught by Vamana Rishi in the Yoga Korunta. This text was imparted to Sri T. Krishnamacharya in the early 1900’s by his Guru Rama Mohan Brahmachari, and was later passed down to Pattabhi Jois during the duration of his studies with Krishnamacharya, beginning in 1927.

The Ashtanga Yoga practice is primarily a self-practice method on the mat, with teachers overseeing your practice and helping you when you need help. The practice is based on a fixed sequence, of which there are six (I believe) but I’m not sure how many people practice beyond the fourth series. I personally have been stuck in the primary series for years, but I’m not too sore about that. More on that later.

There are three concentration points, as mentioned above: the poses, the breathing and the eye gaze. These are called the tristhana, and are held together by the vinyasa, the breathing and movement system. As Manoj Kaimal, our guru at Manasa Yoga School says:

The vinyasa is like the bowl holding the tristhana together.

Manoj, I think, practised under Pattabhi Jois, together with Jois’ grandson and current KPJAYI guru, until the fourth series. Then I think he had to stop because of an injury.

I won’t go into too much detail about the technicalities discussed in this section; I’ll leave that for you to experience when you yourself practice it, should you choose to do so.

Purist ashtangis and ashtanginis have a very disciplined practice. The traditional method of practising ashtanga is to have five self-practice days (called Mysore practice) and one led class, usually the primary series. They only have one rest day per week, and another two additional off-days when the moon is new or full (called moon days). So generally, they only have six days of no practice per month.

Practice is also usually really early, beginning at some shalas (yoga schools) at four in the morning or earlier. At some shalas, you might even have to wait because there is no mat space. And believe me, the mats are placed practically edge-to-edge, corner-to-corner!

An ashtangi or ashtangini would also need to remember the ashtanga practice and also where they have stopped. Usually, first time practitioners would be taught the Sun Salutes A and B, and then depending on their ability, the fundamental poses, followed by the standing poses and then move on the urdhva dhanurasana (upward bow) and a simple closing.

As the practitioner advances, a pose will be added on to where they last stopped until they have advanced to finishing off the first series and moving on to the second or third series, and so on.

My experience with Mysore Practice

I began practising Mysore style about four years ago now, but I would not call myself an Ashtanga and I am not a purist. I also do not practise six days a week, usually I Mysore at the shala about once a week and sometimes take breaks for months before going back.

Mysore practice was the first time I discovered the potential that my body could achieve. I am pretty used to ‘being safe’ and caring for my body, but oftentimes this means I underestimate what I can do.

Take utthita padangusthasana, extended hand to big toe pose: I always thought my hamstrings precluded my ability to lift my leg high enough and also to straighten out my knee. Without the teacher’s knowledge and ability to help me lift up my leg, I would have been under this impression maybe forever.

The first time I tried this pose during a Mysore practice, I was amazed at how high and straight my leg could be lifted (with the teacher’s help). So in actual fact, it was weak hip flexors that forestalled the lift. The bending of the knee on the lift, was to create an easier load. I have been so amazed that I was under the misapprehension of tight hamstrings that, to this day, I use this as an example of what a teacher can do to help you with hands-on assistance.

There are so many other examples that I could list but that would make this blog post super long. However, I will add that the Ashtanga yoga practice is a highly meditative yoga practice, with the concentration points really making movement extremely mindful. Sometimes when I go for early morning Mysore practice, I find everything so bright and keen after practice. Some people say that it opens up all the chakras, but who’s to say? I just find it a good discipline to keep to (when I do keep to it!).

I highly recommend Mysore practice if you are a serious yoga practitioner, whether or not you are an ashtangi or ashtangini. It will only help you. My only additional advice to this is to keep to the eight-limbs (ashta angas – or ashtanga) on which this physical practice is based. Keep to the confines of non-violence, truth and all the practices learnt in the yoga sutras and you should be safe.

Let me know what your journey in Ashtanga has been like!