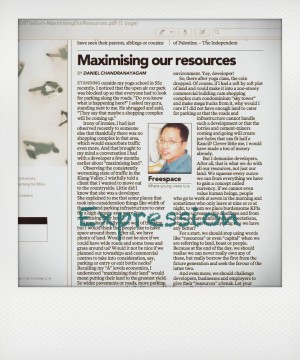 Isn’t anybody concerned about the rise in animal cruelty in Malaysia? I discuss this in my recent contribution in the Sun newspaper:

Western history is filled with serial killers whose violent tendencies were first directed towards animals. Albert DeSalvo (the “Boston Strangler”) killed 13 women as an adult, but trapped dogs and cats and shot arrows at them through boxes in his youth. The deadly violence that has shattered American schools in recent years has, in most cases, begun with cruelty to animals. High school killers such as Nikolas Cruz and Luke Woodham tortured animals before starting their shooting sprees.

What do you think? What can we do to make people more accountable? Are you concerned that we are headed towards a more violent society? Tell me your thoughts in the comments below!