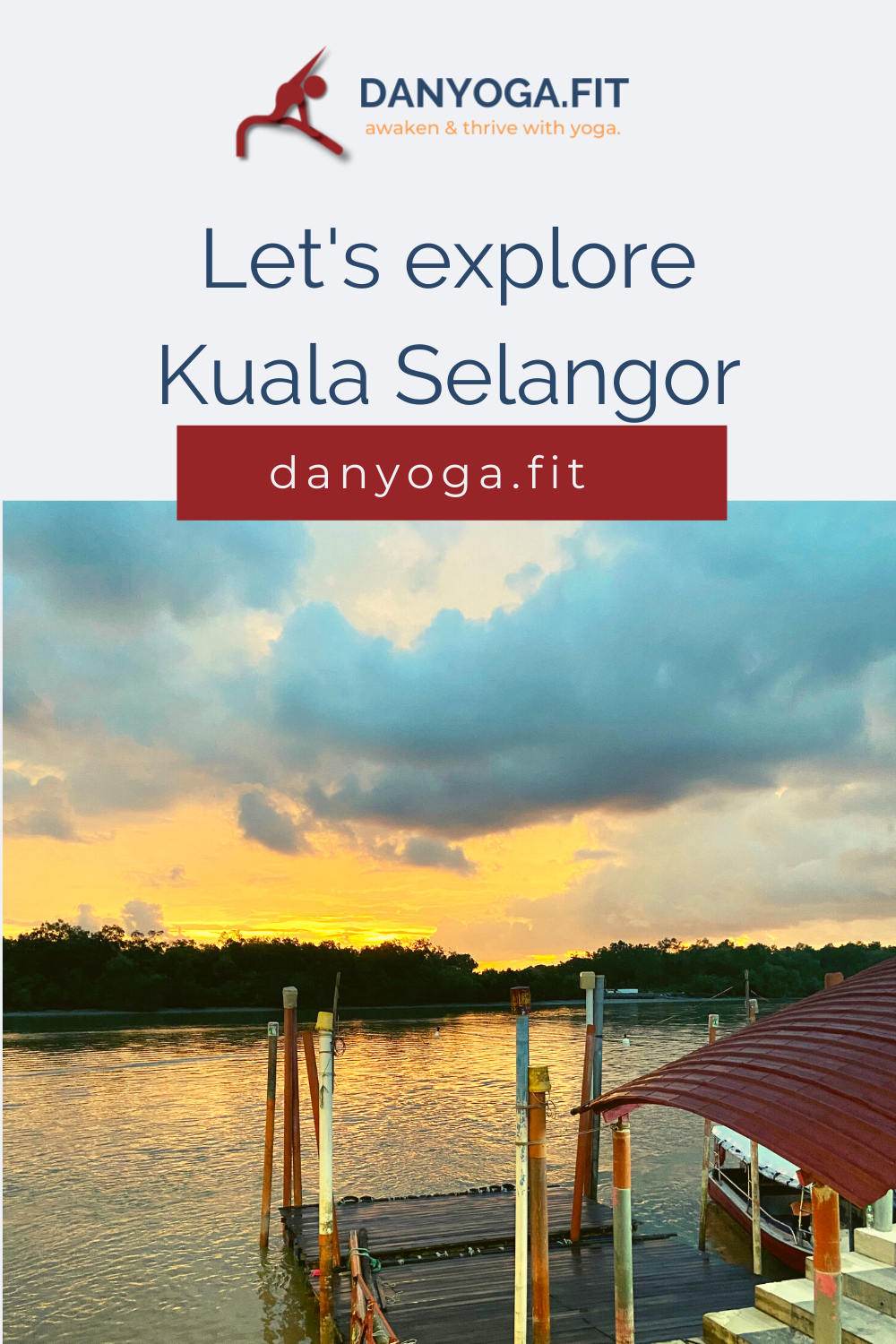 Travel, and getting out of routine, is so great for our wellness. Late 2001, everyone was had a sense of weariness due to the numerous lockdowns and capriciousness of the whole COVID-19 situation. When our doors were open to internal travel again, Eddy and I decided to a short getaway to Kuala Selangor.

Once upon a time, the capital of the state of Selangor, it is situated northwest of the state. I actually don’t really know the area well, having been there only for seafood meals during the day or evening.

Let me be clear though, most Malaysians would view Kuala Selangor as a day-trip (if at all) because it is pretty small and there isn’t much to do there. There are some excursions, like the fireflies (apparently, disappointing because of the lack thereof due to development), and also the Sky Mirror (for which you need to go out to an island somewhere, and be up really early in the morning).

In Kuala Selangor itself, there’s just quite a number of places of worship, Bukit Melawati (with its memorials, museum and lighthouse) and – of course – seafood.

So what did we do?

To be honest, I just wanted to go to the seaside. Considering it was a spur-of-the-moment decision, we had little choice except seaside locations on the west coast (of Malaysia) to which we could have a little weekend away. Kuala Selangor was a destination we both hadn’t really experienced, so that was why we chose it.

Interestingly, there were quite a few developments and highways that we had to pass through to reach there that was the same as Sekinchan in 2016, and we were surprised to find that we barely recognised due to the vast development in just five years!

In fact, when we went to Sekinchan in 2016, we had to pass by Kuala Selangor, and it is so small, I barely registered it at that time.

After we had arrived and checked in, we decided to have lunch (I really cannot remember what we had), then stop by a few temples we saw from the main road. There was the Monkey God Temple (Xi Ling Gong), which was closed (and locked). Across the road was the Buddhist temple, Qi Jian Xian Shi Fo Zu Gu Miao – which was pretty interesting. Open for anyone to step in, it looked pretty new (and hidden), with the Monkey God Temple clearly seen from the river and the main road.

We just spent one night away, and so in the evening, we headed to the village for some seafood. I like the old village (which was a single road with some old trees), it has character. There is a newer part of Kuala Selangor, which is more developed and has heavier traffic, but more of that later.

Our dinner this first night is definitely one of the highlights of the getaway. Kuala Selangor wasn’t high on the list of local getaways for most, and so most who dined were from the town itself. The food was great, and midway through dinner, it began raining, which made the dinner more special – sitting eating good seafood by the river as it rained.

The little motel we stayed at was really good as well: clean, quiet and accessible, I loved it.

What else did we do?

On our second (and last) day, we had breakfast at the newer more developed area at the foot of Bukit Melawati. Because it was a nice temperate morning, we decided to take a walk up the historical site and see what there was to see.

The hill has its history and there is a fair bit to see (click here for more info), For us though, just getting out of the dense suburb and into the green hills overlooking the sea was refreshing enough.

To be honest, the walk up the hill (and down) is very doable, quite shady but I can imagine Malaysians (who abhor walking) may prefer to drive up or take the tourist tram up. When we were there, there was a bit of a landslide, so both driving and the tram were not options.

The hill boasts a museum and – of course – the lighthouse, Altingsburg Lighthouse.

After our walk up and down, I insisted I wanted to go to the beach. Sadly, there was no real beach at the township itself and we had to take about a drive to Pantai Remis (about a 45 minute drive to and from the town).

The beach, sadly, was not all that – but the most important thing was that I wanted to see the sea, and I did!

By the time we headed back after lunch, we were about ready to go home. It was a good refresher for us. We may head back to Kuala Selangor again, but maybe not too soon.

Have you been to Kuala Selangor? Let me know your thoughts about this destination in the comments!